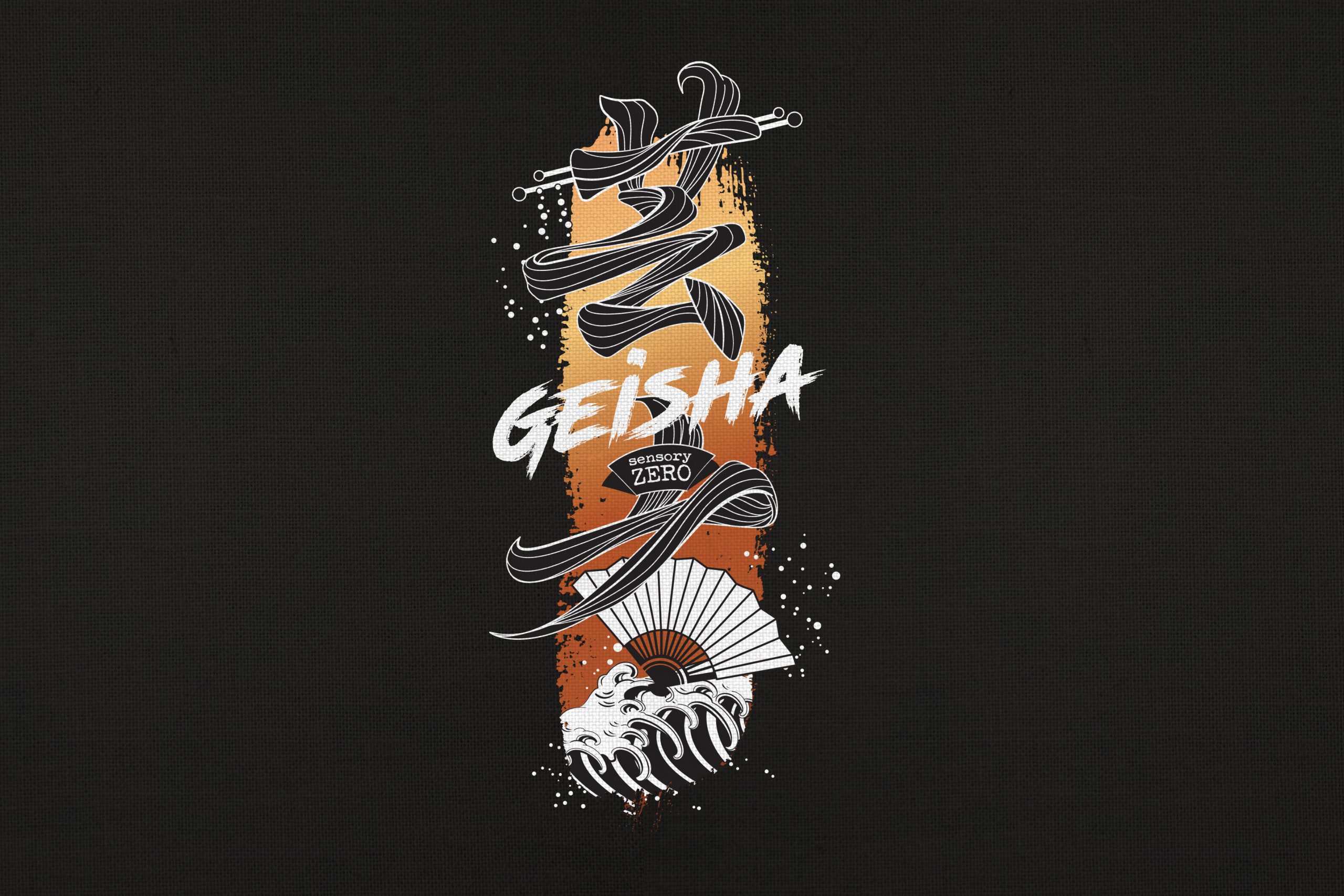 With romantic connotation of the elegant Japanese hostesses, the rare and precious Geisha beans match perfectly with Sensory Zero’s brand identity. The bottle packaging incorporates Sensory Zero’s iconic strong waves and a Japanese Geisha, giving her tattoos of “God of Gates (門神)” to represent the brewery Moonzen. The beautiful back of Geisha tells an enthralling tale of beer meets coffee.

Cascara Cream Ale from the same series are brewed with Geisha cascara coffee husks, producing a unique taste of Ginseng and Chinese dates. Coffeephiles could savour the aroma of exotic spice markets. To highlight the strong and characteristic flavours of Cascara Cream Ale, the powerful and determined side of Geisha is depicted with a mix of masculine elements such as weapon and metal in the bottle design. Holding a sword firmly in hands creates unusual contrast to Geisha’s softness. The choice of red and yellow ribbons are Chinese-style ingredients to enrich the graphics.